Informatics or Computer Science courses today are very favorite destinations after graduating from High School . Almost every university opens a major in informatics engineering. There must be something interesting that makes informatics techniques like a magnet, so many people take courses there. Here are some reasons why you entered informatics and why you didn’t take another major. 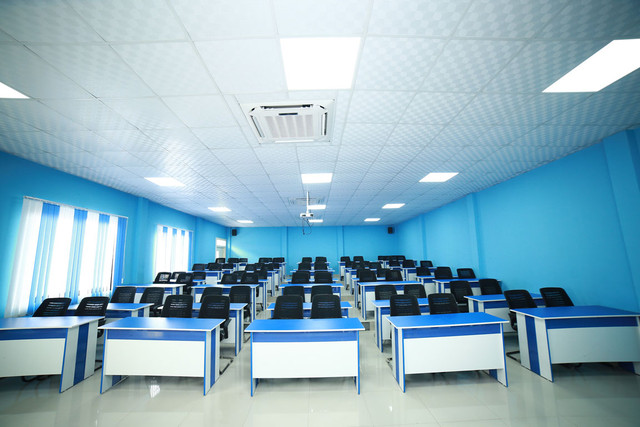 Maybe since childhood some have been accustomed to using computers and have considered computers as a basic necessity. Many of us spend hours at our computer because of the many interesting software / features. This is one of the reasons that we want to deepen computer science and study the use of various software / application features. Because many of us actually need to use computer applications, but can’t use them.

Now this is a classic reason. I do not know whether because of the authoritarian parentage or because the child is obedient what the parents suggest. But the parents’ blessing must come first. The reason why is told by the parents, is because the child is sure that there are parents who understand about education and know their children’s abilities.
In addition, because his parents are also from the same graduates. So, there is a desire for children to continue the work of their parents later. This reason needs to be addressed wisely, if the parents understand about education there is nothing wrong with being considered.

Interested in electronics and wants to be a Youtuber

This reason is attractive to those who like to “crack” computers. In addition, for those who are interested in sensors etc. or those related to electronic devices and smart systems. This attracted their interest in hardware assembling skills etc. In addition, usually their practice process will be recorded and uploaded on YouTube. Although there are also those who upload it has nothing to do with the material. But by continuous uploading it will be popular and frequently accessed. The effect is if more people access YouTube, YouTubers will get income from Google. Interesting right?

Computer and Network Engineering. is one of the concentrations of vocational high school expertise. By having the basic computer and network techniques, it makes graduates desire to explore the field they are engaged in. So that if these graduates want to explore the challenges of computers and networks, they will major in informatics / computers. Their reason is because they already have a foundation about computers and networks so that it is easier to understand the material because they just need to continue deepening their knowledge.

Because Informatics is Interesting.

Informatics is usually known for its technology in computers. Many applications make people linger at the computer. These applications can be used for work, drawing, design, social media, play, etc. This application also pampers us to channel hobbies or spend time from boredom. That is what makes some high school graduates choose informatics because of its entertainment appeal.

Want to be a Programmer

This is the reason many people want to enter college in informatics. Being such a programmer the idea is that you can create a great program that can get any job done. There are some who are interested in becoming programmers after seeing films related to technology. It must be cool if we can make a program that can replace all our jobs and we can lie down relaxed. So the initial image of being interested in entering informatics courses will be taught these things. So that high school graduates are interested in entering.

Confused What to Study, Join Friends.

There are also those who enter informatics courses because they are confused about what to take and join their friends. High school graduates even though they have been given information about the majors in the college. But in detail they do not know what to study and after graduation what skills can be. Some people think globally that computer graduates are taught computers and graduate will be computer literate.
There were those who just joined their friends to take what, he took the same department. Even though there are those who do not know what they want to graduate from and what difficulties during college.

In the future, all needs use information science.

One of the last reasons is that in the future all the needs will be related to computers / informatics. Starting from the industrial revolution that replaced human labor with machines that can work continuously. Then with the IC (Integreted Circuits) computer technology developed which turned it into a digital revolution. Until now, technology about artificial intelligence is increasingly being used and in the future it is not impossible automatically, everything works. And human resources who master the technology are needed.