Disadvantages of Making Use of Robots in Our Lives

Robots are smart and have more capabilities at doing a lot of our daily chores. However, this should not be replaced by the essence that human beings bring to the workplace and in our general lives. Robots are machines that ought to be programmed to operate.

This means that they cannot solely operate without the presence of human beings. Just like computers or cars, they also need to be serviced and maintained to bring out good results. It is human beings that put in their skills and energy to service and maintain them. 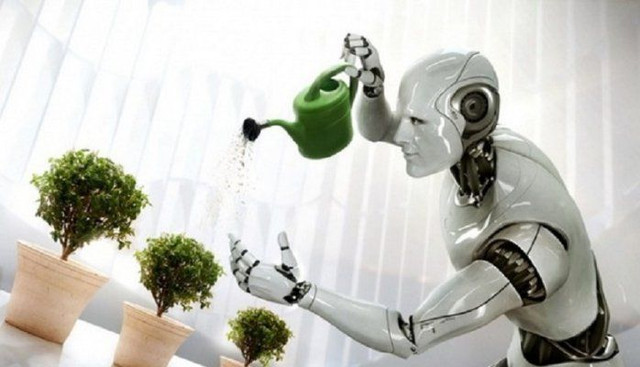 3 Disadvantages of Making Use of Robots in Our Lives

Robots are machines and many machines require power which is majorly sourced from electricity. The source of power is a bill in itself let alone purchasing of the robot.

One of the disadvantages that come with making use of packaging robots in our lives is the requirement for power. This is because power is a bill that always needs to be paid. These electricity bills are charged according to one’s consumption.

For instance, most industries make use of robots in daily operations and hence power has to continually be used. This is as opposed to having an industry with human beings as their employees. These manual laborers would hardly need the power to produce the industry’s products.

Power may however be necessary for some instances because human beings make use of their hands and skillsets. These machines would hence be necessary to refine the size and shapes of the products that are unleashed.

When it comes to other sectors such as the military, without the source of power, the streets would be filled with burglars. This is because they would not be afraid of being spotted by the military through their security machines that are robot-like and need a power source.

Other sectors such as health care would be disadvantaged without power because surgeries that make use of robots would not be done. This means that urgent surgeries would result to be done through the olden ways of open surgeries.

As aforementioned in the introduction of this article many robots require maintenance after frequent usage. This maintenance enables the robots to continue with their seamless work and producing quality products. Because robots are machines, they would require repairs to mend parts that would once in a while wear out.

Repairs are necessary especially because robots are heavy-weight machines and handle large quantities of workload. The need for robots to be maintained and repaired frequently would be a great disadvantage to the robot owners especially because they are bought at high prices as well.

Unlike human beings, robots cannot bring extra skillsets. Robots only operate under the instructions fed to them by expertise. As for human beings, they will use their skills while doing a task but also have extra thoughts about the tasks they are doing and these thoughts can easily be implemented.

A manual laborer may not in the actual sense implement what they think should be done but could share for example with an industry’s management or their supervisor and consequently have the extra thought put into action. This is opposed to robots that will just do as they are supposed to do.

In some cases, a fault may be done, yet the work had already been done. Such actions would lead the industry into a loss and regrets on why they did so, yet it would be too late to reverse everything.

Robots make a lot of sense in bringing ease to our daily lives. This ends up giving industries more profitability but leaves human beings losing their livelihoods. This is so because robots require fewer people as they take charge of what manual laborers did before the use of robots was incorporated in the industries.